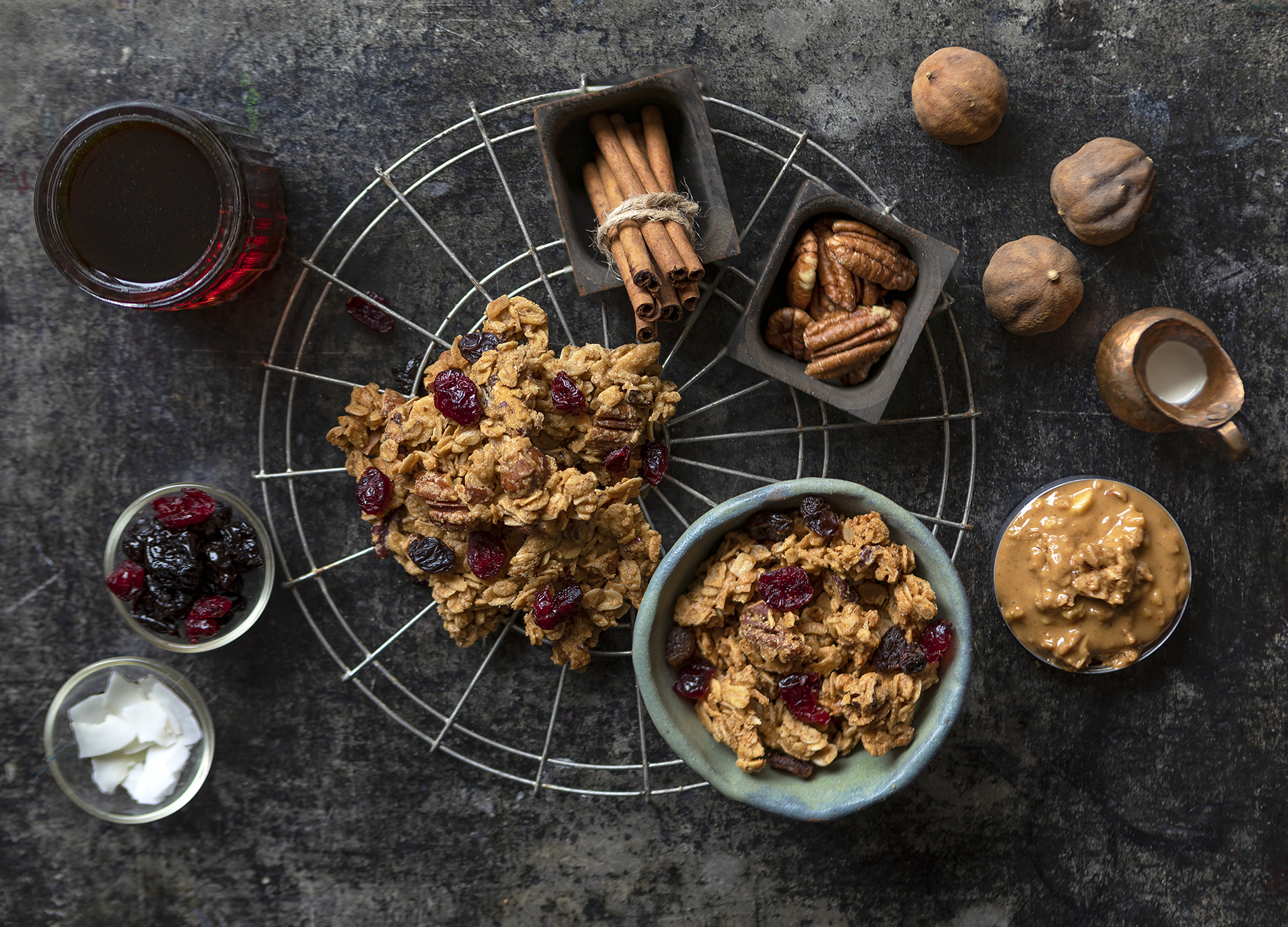 Was a time when “granola” wasn’t just used as the noun for the crunchy, nutty, dried fruit cereal, but for me and my kindred spirits who didn’t shave our legs, favored vegan foods and usually had a copy of the Bhagavad Gita partially memorized : )

This recipe is an ode to all those good-and-natural kindred spirits! And it’s the next in my series of recipes that use stuff you’ve had in your cupboard, but keep neglecting. In this case? That jar of natural crunchy peanut butter–the one where the oil has separated to the top, leaving a dense mass of unspreadable ground peanut underneath. If your kids are like mine, the suggestion that they “just need to spend a little time stirring the two parts back together” gets an eye roll, and a “no thanks” as they reach for another option.

The granola bakes into a beautifully crunchy treat that you can break up into large pieces, or, smaller (to eat as cereal.) The dried fruit gets mixed in last.  Granola keeps well in a big glass jar with a tight lid. Enjoy!